Pick up from the hotel early in the morning and transfer to the airport. Take a flight to Kayseri/ Nevsehir. Upon your arrival, we will meet you with your names at the airport and drive to our branch office. Time to visit the top points in the North Cappadocia.

Devrent Imagination Valley, the small fairy chimneys in the valley form a lunar landscape, or moonscape, by their strange look. The valley has many animal shaped rocks. It looks like a sculpture zoo made by nature.

Must see points in the region:

Kızılçukur, It is a must visit in Cappadocia as the orchards, vineyards, rock churches and fairy chimneys all blend together to create an unforgettable landscape.

Kaymakli Underground City, the widest, enchanting, one of the most famous and wonderful underground city in Cappadocia You will see ventilation shafts, and a winery, the massive stone doors, a food storage room, and various other large rooms and small tunnels.

Çavuşin, The old village, which was abandoned several decades ago due to rock falls, was all carved into the hillside. The inhabitants of Çavuşin lived in houses which were cut into a massive rock wall.

Pigeon Valley, The name comes from the thousands of pigeon houses that have been carved into the soft tuff since ancient times. Although they can be found throughout Cappadocia, they are especially numerous in this valley. They were carved wherever space allowed, including abandoned cave houses and churches.

Esentepe View Point, Overlooking the small, quaint town of Goreme and Pigeon Valley, Esentepe Viewpoint is one of the favorite places in Cappadocia. 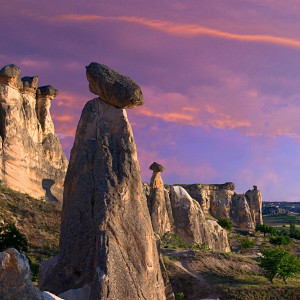 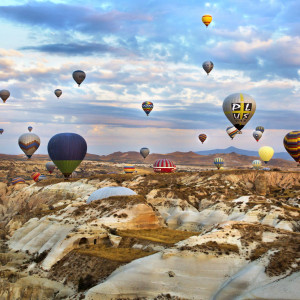 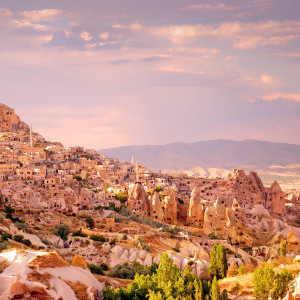